Somewhere in the distance there was the sound of barking, and the smell of smoke. She couldn’t understand what it was, but as she started to wake up, Doris realised that no longer being in the dream should have removed the smell of the smoke as well. Her eyes opened with a start at the sound of renewed barking from outside her bedroom door and the scratching.

Throwing a robe around herself, she opened the door and coughed at the smell of smoke. It was not coming from her flat though. Doris ran through her hallway and saw a slight drip coming from the top left corner of her front room ceiling. She felt cold creep over her at the thought of the family living upstairs.

Running outside, Doris started yelling “FIRE!” as loud as she could and started banging on the door of the maisonette above her. Looking up, she could see an orange glow flickering in the window. She banged some more, still shouting, and noticed lights in other houses coming on. At 3am, she was glad she could wake someone. The light behind the door came on and she heard muffled shouting, followed less than a minute later by a man and woman running out. The man was holding the hand of a six year old boy, and had a four year old in his arms. The woman had a twenty-two month old daughter in her arms.

I was the four year old in my father’s arms and the dog, Gyp, received an award for saving our lives in 1971.

The photo is not Gyp, the photo is Bob, the statue of a dog at the Battle of Britain Memorial in Capel-le-Ferne, Kent, UK.

A few more photos from Cumbria. Again, these were taken from a moving car. Apart from the my daughter and the dogs of course.

The reason for the sign, is because sheep in the area just walk across the road. Apparently, at night, they lay down and go to sleep in the middle of the road. The roads belong to the sheep; the deer; the cows; anything without wheels.

The other day there was a man throwing a ball for his Jack Russell so I took some photos. I then went over and had a chat with him and said that I was going to use the photos, did he mind. After chatting a while, he asked for a copy of the photos and that I could use them. The dog kept dropping the ball at my feet and at my son’s feet for us to throw it. Afterwards, she had a drink from the river. I was going to use one of these as my photo of the week, but something better came along today (one of the reasons I can barely move this evening but it was worth it)

I saw this on Facebook. It was shared by Karen, and when I saw it, I had to share it here. It is just too cute. If dogs and cats can get on so well like this, why can’t humans? 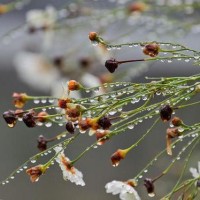 Tienny The Storyteller
The Eclectic Poet